A downloadable game for Windows and Linux

A relaxing time on a high-tech cruise ship turns into a mystery for the ages!

The robot staff onboard the Violet Skies have been getting hacked and turning violent by a mysterious third party.  You are hired by Clash, a sentient robotic police assistant turned investigator, to find whoever is responsible before it is too late.  The two of you will work together and interrogate potential suspects; how the case is handled will be affected by your decisions.  Do you butter up the jerkish hacker or punch him?  Do you show empathy towards the overworked waiter or tell him to suck it up?  It is up to you!  Just be aware that Clash is paying attention to how you handle every situation…

Clash: Robot Detective – Complete Edition also includes a bonus story that unlocks after the main game is completed.  This epilogue – called Steel Barista - takes place sometime after the main game and involves a case of cold-blooded machine murder.  A robotic barista at the local coffee shop is found dead in a pool of her own oil.  You play as a person temporarily hired by Clash while his assistant is away to bring the murderer to justice.

Note: the Original version of the game is available as a free download exclusively on itch.io (check under "Download demo!").  This version of the game does not have the epilogue story, the trivia scene, or updated UI/tweaked sprites.  It also only has 21 achievements to unlock and the old dialogue.

In order to download this game you must purchase it at or above the minimum price of $6.99 USD. You will get access to the following files:

Hi, I made an account just so I could comment here because I just really wanted to say I am absolutely in love with the Clash series. It's now one of my favourite games after discovering it 16 days ago. I am fully obsessed and I wanted to also thank you for making it, genuinely you are amazing and I will be supporting this series where I can (almost bought the full game at 3 times the original price before realising I didn't have enough money in my account haha.) Anyways I should probably stop here, love your work!

You have no idea how wonderful it was to read this!  I'm so glad Clash has made such an impact on you, and thank you so much for your kind words!

Oh gosh, you actually seeing and replying to this has straight up made my day, I can't stop smiling. You are an amazing person and your games are fantastic, I will be replaying the whole thing at least twice today :D

edit: I ended up replaying until I only have two achievements left to get.

I think this game is the fastest I have developed an obsession with.

I tried to contribute to the itchfunding campaign and it gave me a message saying "cant be bought." I'd like to support you in your game development so I wanted to let you know that it wasn't working as intended.

I'll probably just postpone the campaign until the game has released then.  That will be easier on me, since I still have some work to do on it.

Sorry about that!  I'm still learning all sorts of things about dev stuff and marketing said dev stuff.  Come back 9/24 for the actual, for real, definitely-gonna-happen campaign!

*EDIT* Oh, and if you still want to support me and my projects even after this big goof-up, I do have a sale on one of my other games going just for the heck of it: https://itch.io/s/77304/hunt3r-just-for-the-heck-of-it-sale

That is an amazing story and happy to see Clash succeed in solving the case and  to be hired as his assistant :)

Absolutely amazing game! I loved it and really really liked Clash as a character. I saw you have made some other games, I'll have to play those later. I have a couple of questions though.

1. Does the character we played in this game ever reappear in future games? (I.E does the individual who won the trip tickets show up in sequels?)

2. Is the 18+ NSFW game canon, or is it just a spin off / alternate universe? I'd hate to see such a cool character as Clash be degraded by smut, but at the end of the day it's your decision.

3. What are your thoughts on Clash fan games? Would you be okay with someone making a fan game using Clash?

4. Could a Clash fan game ever be considered canonical by you, meaning it contributes to the main story / timeline?

Thank you for your time! I really enjoyed the game. I will have to make time to play the others, and will have to figure out what to do about the 18+ NSFW game, probably can't put that on YouTube.

My playthrough, if you want to watch (which you probably don't since you poured god knows how many hours into making this). Feel free to just jump to the end and hear what I had to say about the game. https://youtu.be/vqOOnxoEAyA

Hi, thanks for your kind words!  To answer your questions:

1. Yes.  They do show up in Curious Set and will be the playable character in the full-fledged sequel when I finally make it.

2. It's canon, but it's a canon entry that can be easily skipped.  It is (besides being a story I wrote for me) a character study for how Clash reacts to romantic/sexual attraction, as well as examining how human/robot interaction could be different than human/human interaction.  The only thing from that game which would come up in future games is the fact that Clash has a lady friend that he's very fond of (which can easily be explained/shown in the future games themselves).

3. I mean, never in a million years did I even FATHOM that anyone would want to make a fan game based on anything I made, so heck yeah, people can go for it!

But yeah, Curious Set can be skipped if you're making YouTube playthroughs.  Steel Barista may not make the most interesting video, though, as its just a text adventure?  There's also the two Legends of Tzonac games, which have Clash show up alongside some of my other robot characters, that might make better viewing experiences?  I don't know, my own YouTube career never took off so I'm probably the last person to judge what makes good YouTube viewing or not.  xD

I'll definitely make time to check out your playthrough, and no worries I'm not done with Clash yet!  I have a full-fledged sequel in the pipeline, but right now all I have is a title (Clash: Blue Mirage, which was an AI-generated title!) and a setting (hi-tech mansion/graveyard instead of hi-tech cruise liner).  There's also Legends of Tzonac 3, which I have even less ideas about right now?  But that's better than nothing?  Anyway, yes, thanks for your attention!

This visual novel is amazing! It took me a while to get all of the achievements but it was all worth it. The story and characters were interesting and the visual style was different and nice! I ended up really liking Clash and was a bit sad when I finished the game. I had an awesome time playing this :D

Thank you so much for playing!  Glad you enjoyed it!  If you'd like some cheering up, you maybe interested to know that another Clash game (in an interactive-fiction style) is getting released on Friday.  ;-)

Thank you for making it! That's awesome to hear! I look forward to playing that new game soon :D

Thank you so much!  I poured a lot of love into this one, I'm glad you enjoyed it! 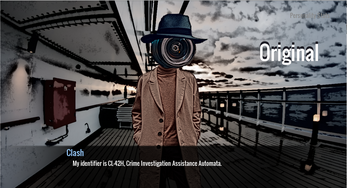 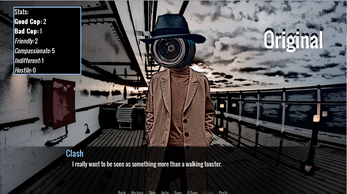 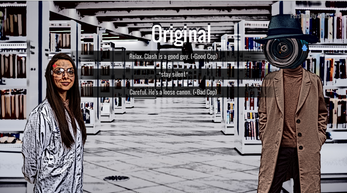 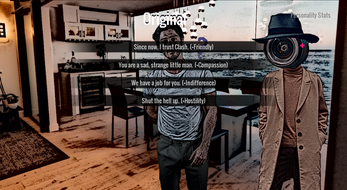 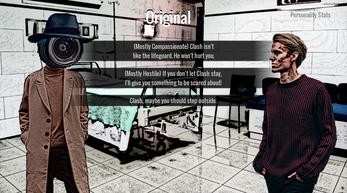 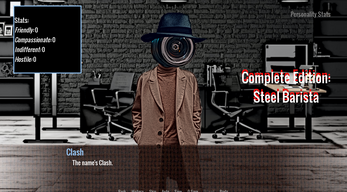 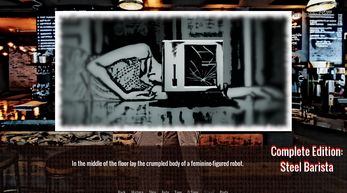 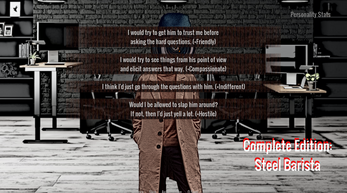 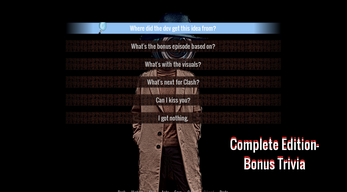