Support This Tale Of Mystery

Your search for a new job brings you to the door of an unassuming little office.  This office is the base of operations for Clash, the world's first (and so far only) robot detective!

Clash hires you on as a temporary assistant; before the ink dries on the contract, he receives a case.  A robotic barista has been permanently deactivated.  Officially, it's vandalism.  Unofficially, it's murder.

Now, you must help Clash track down and interview potential perpetrators.  Can you help Clash solve the case before the robot killer strikes again?

Wow. I played your game for the coffee jam and then came here from a comment. I would say... I love this! I was a bit disappointed when the game was a text based game and not the kind of game for the jam. But the game was so darn good and the story is so well-written I loved it! I think I might try out the other games in the series (only the free ones since I don't have money as I am a teen).

Aww, thanks for your kind words!  (I read both this comment and the one you left on the Refined Coffee jam page but I'm too lazy this morning to respond to both so this reply is towards both.  xD)

Lol! Btw is there another clash game I can play for free? I tried the zone one and it was a great short story. There was another game but it was NSFW so I couldn't play it. But anyways great games and even greater stories!!

The original edition of Clash: Robot Detective can still be downloaded, its on the page for that game under the Download Demo section.  If you haven't downloaded that one already, I'd highly recommend it!

There's also Kalzrak & Clash, which was kind of a teaser I wrote for Clash: Robot Detective when that one was still in development.  But Kalzrak & Clash is not very good.  And no longer canon.  But still, its something.

*EDIT* Oh I almost forgot, if we are bringing non-canon games into the mix, the two Legends of Tzonac games have Clash in them and are free for the rest of this weekend (after which they'll be priced).  They have, like, several characters' worth of lore behind them which might make them a little confusing to follow, but Clash is in them and that's the important part.

Wow thanks :D I will check them out!!

;-; does not display enough to see all or advance on mobile. my cl45h i am sorry!

EDIT: i didn't know you had to hit restart to.. well, start. my bad.

Oh no!  I have no idea how to develop interactive fiction for mobile, so I don't know how to fix it.  :-(

oh gosh the gut punch of a twist. biggest 'oof' in clash lore yet!

Well made detective story, I was not expecting how it ends at all

Does this mean he spared my life? 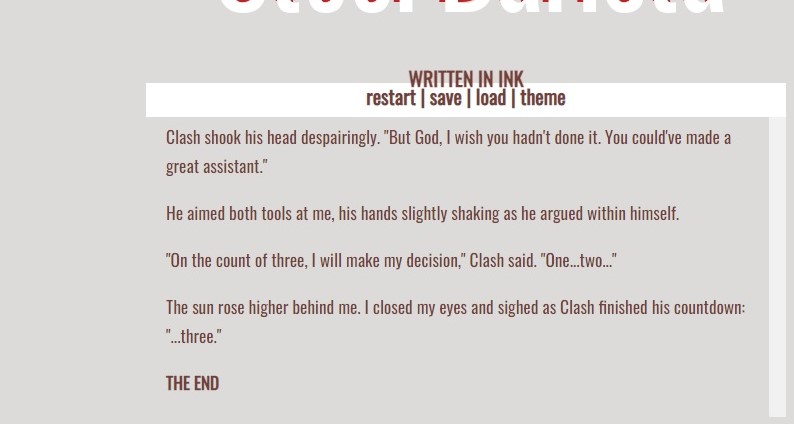 The ending is whatever you want it to be.  It's left intentionally vague for the player to decide.  :-)

I understand, it can be taken both ways indeed. 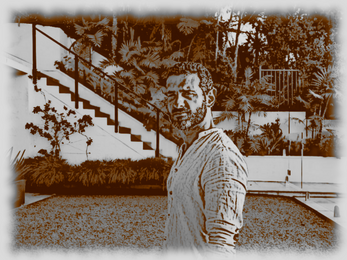 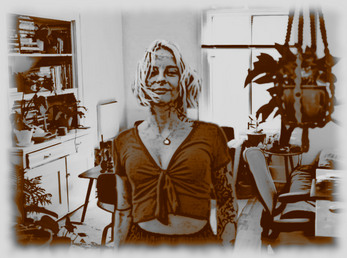